Some people believe that it’s best to reserve private education for older students. But the biggest benefits of a private-school education happen in the early grades. In fact, we will go over five of the main benefits to starting private education much sooner: 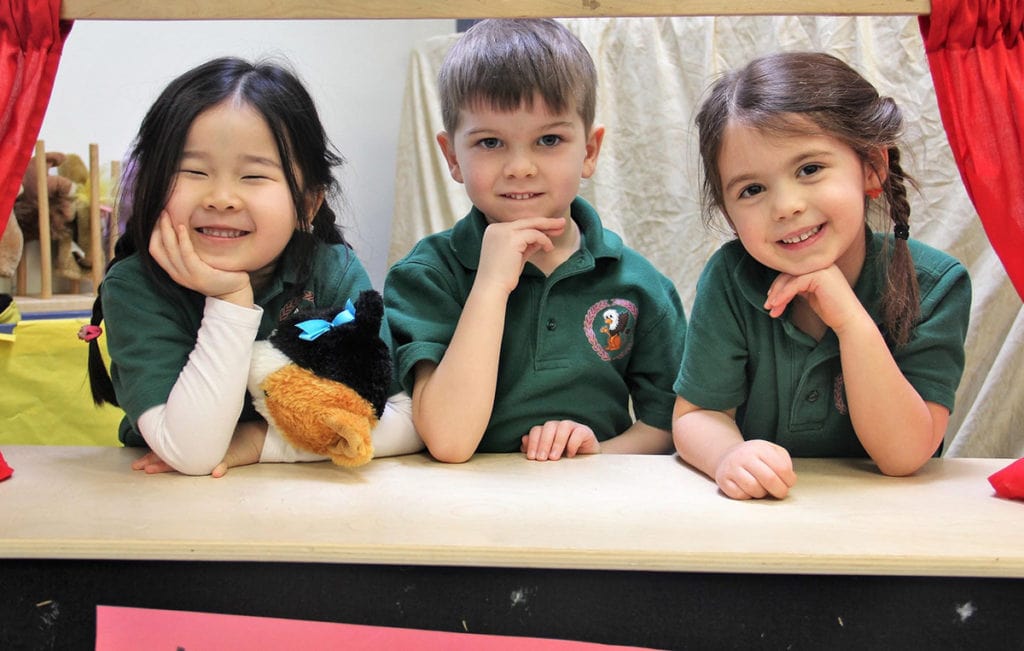 Habits learned during the earliest years can have a profound impact on a student’s future learning. What’s learned early becomes ingrained. It forms the foundation of a student’s subsequent learning.

“As an early childhood educator, there’s no doubt in my mind that habits are formed early and quickly. There’s even been research to indicate that by the age of five, our personalities are essentially formed,” says Jori Sapper, the second grade math and science teacher and K–2 Team Leader at Westminster School. “Given that, if there was ever an age that was most important to instill some of these essential values and traditions, the younger the better.”

Establishing discipline and hard work as part of a daily routine is one of the most profound benefits to an early private education. And with that comes independence, another important learned value at this early age.

“Each child has a pencil case and a workbook, and teaching kids, even at a young age, the benefits of being responsible for your things and taking care of your materials is so valuable,” says Sapper. “Preschoolers and kindergarteners can certainly learn those habits and will benefit from them greatly throughout their lives.” 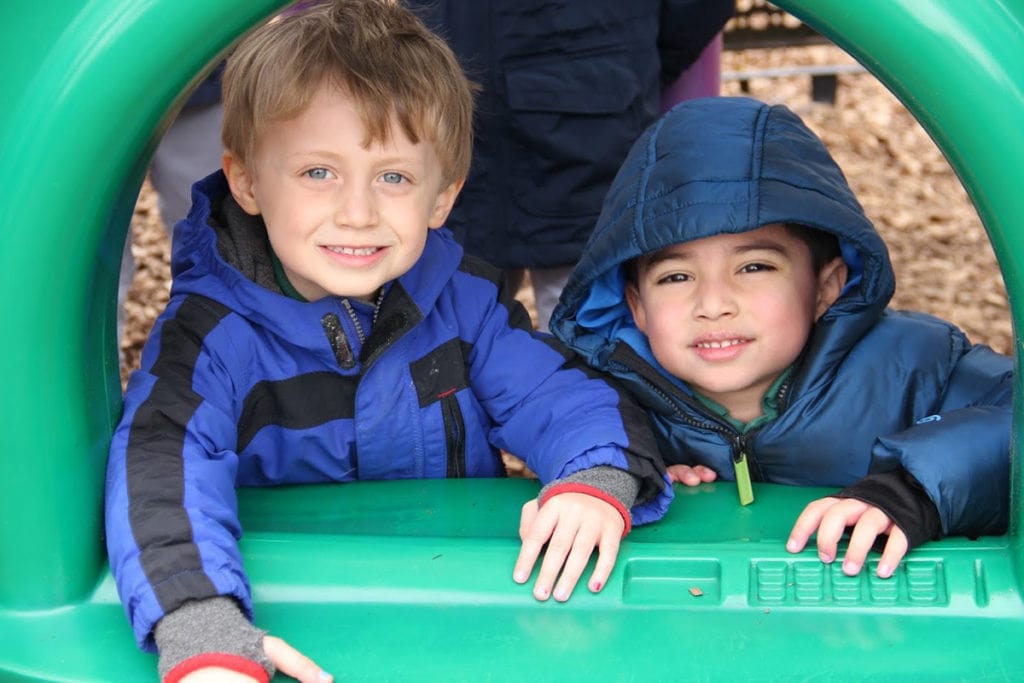 Many educators and researchers agree with the philosophy that preschool is the ideal time to start a challenging, accelerated curriculum. The reason being that younger minds learn much faster.

Whether tackling a foreign language or mastering a challenge, preschool-aged children are simply primed for learning. “At this young age, children are most open and receptive to learning,” says Sapper, “and lessons can have the biggest impact on a child.”

Kristine Lee, the Director of the preschool at Westminster School, has been working at the Annandale-based private school for thirty years, and as a teacher for fourteen of those years, she has seen this first hand. “Little brains can absorb so much information at this age.”

At a private school, the standards and curriculum are set by the school itself, resulting in parents having the option to choose a school based on the principles, values, and subjects that are consistent with their hopes and dreams for their child. In a larger system, because the curriculum is established and handed down, there is little room to be flexible and amend a plan.

At Westminster School, the arts play a pivotal role in their curriculum, even at the youngest levels. Every student participates in an annual school play. Westminster makes the arts the centerpiece of their curriculum because they believe the benefits warrant it, including developing self-confidence, fostering creativity, and improving speaking skills.

Westminster can also customize their curriculum to place an emphasis on learning foreign languages, developing conflict resolution abilities, and enjoying the incorporation of free play.

“The children get such a well-rounded education here. They’re exposed to art, music, and library multiple times a week. They’re engaging in PE every single day and taking French three days a week starting in preschool,” says Sapper.

“That’s before even adding the enriching opportunities of participating in the school drama program and going on an average of nine field trips a year. These added opportunities make for a really rich educational experience for the youngest students.” 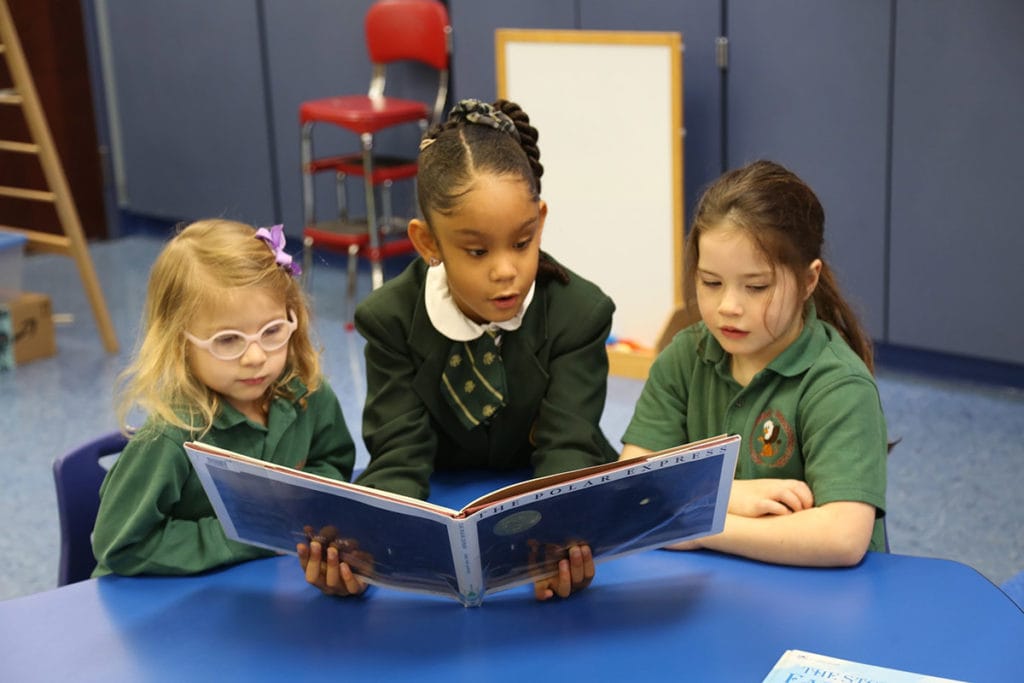 Private schools tend to be small, and with that comes several key benefits. They include the following:

“Classroom size is one advantage of a private school education,” says Lee. “The classes are small enough so that students get individualized attention.”

Beyond personal attention and enhanced participation in the day-to-day learning process, a smaller student body also facilitates social interactions between all students. “With the size of classes, there can be a lot more interaction across grade levels, which is really special,” says Sapper.

“Our second-graders are reading buddies with the preschoolers. Even though our youngest children are walking in the hallways and seeing big, tall eighth-graders, this connection normalizes the experience and makes it a very welcoming and comforting place.”

Collaboration between Parents and Administration

A smaller school helps facilitate greater family interaction and stronger connections between the student body, the parents, and the administration.

“Because it’s such a small school, the administrators know everything that’s going on during the school day and in the school in general,” says Lee. “Everyone really knows everyone else. Even if you’re in eighth grade, you’re going to know the preschoolers. It makes for a nice family environment.”

Teachers have a lot of personal interaction and communication with parents at Westminster. In a smaller setting, a school can prioritize family engagement and build it into the learning process.

“At Westminster, children are being taught by teachers who are really passionate about what they’re doing. They’ll do what they can to make the experience a successful one for the child, including reaching out to the parents to communicate,” says Lee. “The lines of communication are open from the beginning of the school year, and the teachers are really good about reaching out so problems don’t keep growing and growing.”

At a smaller private school, the priceless resource of time is valued and respected. A priority is set to make time to focus on highly meaningful tasks like independence, which can come even during snack time.

“Even at the age of three or four, we promote independence throughout the school day. If a student is having difficulty opening up a snack or a part of lunch, we give them the tools to solve that problem,” says Lee.

“Students take such pride in being able to do those tasks themselves, and when another student learns how, it’s just this huge celebration. Knowing they can do something on their own is pretty wonderful.” 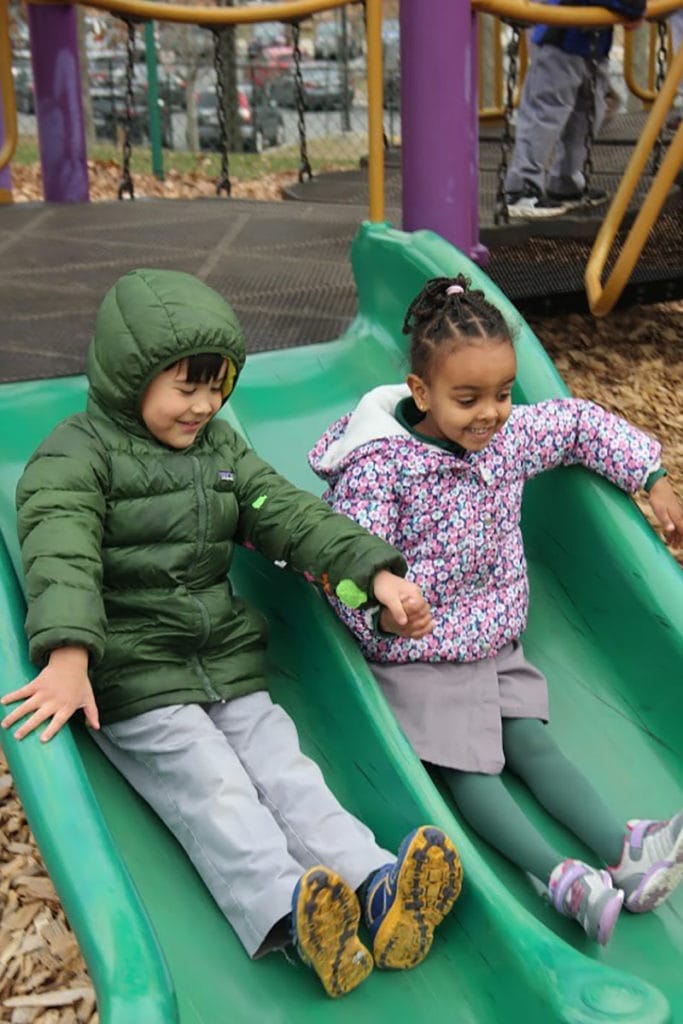 One common misconception about very young children in private schools is that they aren’t given time or space to play. While policies and curricula vary from school to school, play, recess, and unstructured free time are potentially prioritized more highly in the private sector.

While many states are now trying to reverse course, factors like unstructured free time are leading many parents to actively seek out private schools.

“At this age, social and emotional learning really have to take precedence,” says Sapper.

“We’re not scheduling every minute of every day. There needs to be time for creativity and free play, which is why kindergarten starts every day with twenty-five to thirty minutes of open, free play time. It’s a nice and comforting way to ease into learning. So, when it is time to finally sit down at the desk and learn how to hold a pencil and write the ABCs, the students are ready for that.”

For some, the thought of a private school might conjure up images of high school students poring over books and preparing for Ivy League colleges, but the values of hard work, discipline, and respect gained are best learned and established as early as possible.