Any discussion of Latin inevitably leads to the phrase “dead language.” If Latin is, indeed, a dead language, why would anyone learn it today, and why did one teacher at Westminster School, a pre-kindergarten-to-eighth-grade private school based in Annandale, Virginia, steadfastly and enthusiastically dedicate more than three and a half decades to it?

First things first. What exactly is a “dead” language? A dead language is any language that is no longer the native tongue of any community. This differs from an extinct language, wherein there are no living speakers of that language. Using these technical distinctions, Latin is “dead” but not “extinct”—and for the Westminster School student body, this dead language is very much alive and well. 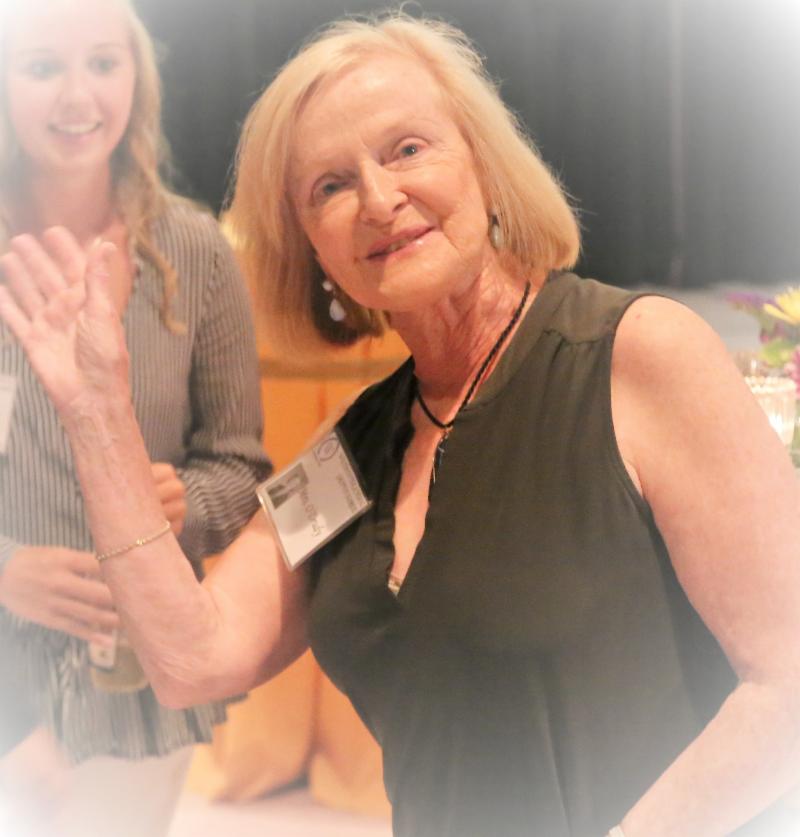 Mrs. O’Drudy hails from Dublin, Ireland, and she began teaching when she was seventeen, only taking time off to attend college and to raise her young children. Over her career in education, she has formally taught Irish, German, English, and Latin.

With her retirement from Westminster, she’s currently engaged in helping bring two books to publication. One is a biography of the fifth Irish president, Cearbhall Ó Dálaigh, for which she’s serving as a translator and editor. The second is the first novel written in modern Irish, which was authored by O’Drudy’s father, translated into English by her sister, and proofread by O’Drudy.

Like so many lifelong teachers, Mrs. O’Drudy was born into a family of teachers, and no matter the circumstance, she always seemed to find her way back to the classroom.

“Teaching just came naturally to me,” she says. “It comes naturally to many of us in my family, and I couldn’t get away from it. It was something I just loved doing. It was my daily existence. My way of breathing and living.”

In Westminster, O’Drudy found not only a place to exercise her love of teaching but a home.

“The beauty of the situation at Westminster is that we tout that we present a classical education at a level of excellence,” she says. “This was my job. This was my goal. This was my objective. Every day, that was the challenge, and it was great.”

What Keeps One Teaching the Same Subject at the Same School for Almost Four Decades?

With the opportunity to teach any subject, what kept O’Drudy coming back to Latin school year after school year?

“When it comes to Latin, it’s the structure. It’s the richness of it. It’s the vocabulary. It’s the cleverness. It’s the width,” she says. “Part of the excitement for the children is showing them the cleverness of how it’s used in English. It’s great to see the wheels turning and the whole intellectual process.”

With teacher burnout often being a very real part of the profession—one study found over 44 percent of new teachers (in both public and private schools) left teaching within the first five years—what kept O’Drudy not only teaching but teaching at the same school for thirty-six consecutive years?

“We’re very fortunate at Westminster. The parents are interested. Education is what matters. We also have pretty wonderful students. They’re hungry and eager, and it’s a blessing,” she says. “At Westminster, it’s not a question of hauling the horse to the trough. It’s whether you can fill the trough fast enough.”

More than anything else, though, the unique connections and interactions with the students were what made each day worthwhile.

“Where else do you go to work and you have a cheering squad waiting for you at the door? The spirit and enthusiasm of the students are infectious. In the right environment, when there is a culture of interest and an appreciation of excitement, it brings out the best in everyone,” she says.

Latin is an integral part of the upper-school curriculum at Westminster, and while it’s hard for students, staff, parents, and administrators to imagine a Latin class without Mrs. O’Drudy at the helm, it will remain a cherished facet of the school’s curriculum.

Here are five foundational reasons why:

1. Learn Romance Languages More Easily
Romance languages include French, Spanish, Italian, Portuguese, and Romanian—all of which evolved from Latin. Having a solid base in Latin can help you in your quest to become multilingual.

3. Think More Critically
Latin is a highly logical and organized language. In the same way that studying math can help you think more critically, problem-solve, and cultivate an attention to detail, understanding and deciphering Latin can provide these same benefits.

4. Get Additional Insight into Myriad Fields
Many fields, industries, and disciplines pull heavily from Latin. This includes everything from the medical, scientific, and legal fields to theology, philosophy, and the arts (literature, music, and visual art). Having a base in Latin gives you greater insight into these avenues and lends a deeper understanding of them.

5. Appreciate Roman History
At Westminster, the history program includes in-depth studies of earlier influential civilizations, including ancient Rome. As part of their upper-school program (grades six through eight), they study Latin and its history, cultivating a deeper understanding of Roman civilization, its culture, its chronology, and its place in the broader context of Western civilization.

When learning through the framework of a classical education, this foundational understanding is essential to appreciating Rome’s continuing legacy in Western civilization.

Are you interested in learning more about the elements that comprise a Westminster education? Schedule your virtual tour of the school today to walk the halls, to see the teachers at work, and to experience what a typical day is like for a Westminster student.